The European Union has been long investing in promoting research and innovation across its Member States with the objective of increasing the competitiveness of Europe. These efforts include not only direct funding to research and innovation but also significant efforts in coordination to ensure the results of European scientific research have a real impact on the economy. Since 1984, the EU – through the European Commission – has been implementing the so-called ‘Framework programmes’ (FPs), the main financial tool to support research and development activities covering almost all scientific disciplines. The latest FP, called FP7, ran from 2007 until 2013.

In 2011, as FP7 was approaching its end and a new EU budgetary period (2014-21) would start, the EU sized the opportunity to give its research and innovation policy a new strategic approach in order to tackle the on-going financial crisis and to redirect Europe onto a growth path. The main aim was to stabilize the financial and economic system while creating economic opportunities and tackling the “innovation emergency” that was affecting Europe. This new concept – named Horizon 2020 – was thought to be an essential part of the Europe 2020 strategy for smart, sustainable and inclusive growth. Commissioner for Research, Innovation and Science, Máire Geoghegan-Quinn; Rapporteur MEP Teresa Riera; and members of the Irish Council Presidency were to embark in the design and legislative approval of this new €80 bn policy, bringing along the views of major stakeholders.

The debate on the amount of resources to allocate to research and innovation and the way to distribute them among actors is still open in many countries. On the one hand, it is commonly believed that universities and research institutes conduct basic research that leads to the generation of new knowledge. Using this knowledge then private corporations develop technologies through applied research that would generate new products and services gaining a competitive edge in the market. On the other hand, the links between basic research and applied research do not occur naturally. Policy efforts thus have been concentrated on coordinating the efforts among universities and corporations in order to speed up the process. The EU model was based on the notion that public resources should fund specific applied research projects where teams or consortia of researchers from universities, private firms, civil society organizations and other research institutions work together in a multidisciplinary and multicultural way.

The EU has developed Frame Work program as one of the tools to channel research funds. The last framework program or FP7 contained “Work Programs” covering a specific research area and types of projects. In turn, each work program included various “calls for proposals” or just calls, indicating the research objectives, amount of funding, eligibility criteria and period for the proposed research. Calls were published during the year and open to a wide range of EU as well as third country organisations and individuals including research groups, companies, governmental bodies, and civil society organisations. To participate in the calls, researchers in these organizations first choose a call; team together to form a consortium; and write a proposal addressing the elements of the call, a process that normally takes up to 6 months. The European Commission receives the proposals and independent evaluators select the winner based on quality of research, capacity to administrate the consortia and impact. The rest of the teams do not receive funds and their research ideas are normally not pursue further. This structure was not changed under Horizon 2020. 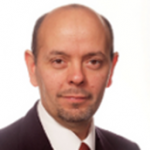