Wolfgang Tiefensee, Germany’s Federal Minister for Transport, Building, and Urban Development from the Social Democratic Party of Germany (SPD), stated at a press conference on April 15, 2008 that the SPD Commission’s proposal to partially privatize the Deutsche Bahn Corporation was a “decisive step” in the privatization debate and confidently declared that the coalition has now “opened the door for the future security of the train service.” Tiefensee was confident that the way was finally clear to implement his brain- child, the DB privatization. However, this proved to be a miscalculation as the events of 2008 unraveled.

The German railroad system is dominated by the state-owned company Deutsche Bahn (DB), which is not only active in transporting passengers and freight but also manages railway infrastructure and operates logistics enterprises across the globe. The DB is engaged in transnational freight and passenger transport and has started to invest in international passenger transport. In 2006 the DB employed 237,299 persons, had revenues of 30 billion euros and earned a net profit of 1.68 billion euros. The freight and transport ventures are dominated by non-railroad transport and logistic activities, amounting to 13.8 billion euros in revenue. Schenker, a subsidiary company, handles 13.2 billion of this revenue, and the small-specialized logistic service company Stinnes is responsible for the remainder. Railroad transports by Railion account for only 3.2 billion euros in revenue. Altogether the freight and transport ventures (Schenker, Stinnes and Rail- ion) account for 46% of the DB’s revenue and for 25% of its profits.

In 1993, the German parliament decided to begin reforming the DB, which at that point was in a poor state. After accumulating operational deficits during the 80s, while providing low-quality services, the DB lost much of its former customer base. Whereas, in the 1920s, the DB handled 70% of the market share of freight transports, by the 1990s, this figure had plummeted to less than 20%.

The first steps in the federal government’s reform mission were to clean up the railway’s debts and to overhaul the DB’s organizational structure into a private joint stock company (named DB AG). Both steps were intended to reduce the political influence on the continuing development of the DB and to strengthen the entrepreneurial initiative of the DB. On top of these reforms, the federal government would invest heavily in railway infrastructure and open the areas of local and freight traffic to competition from private companies. In the end, the reform mission was supposed to result in the complete privatization of the DB (changing the organization already constituted the first step in privatization, making the DB organizationally privatized).

The approach was successful; the steep decline of the railroad’s market share was halted, the DB’s opera- tional deficits were reduced, and the quality of the railroad services improved. However, the reform led to increased prices and few of the more ambitious ideas were realized. The main problem with the achieved reforms was the failure of the railroad’s overall market share to increase significantly, an outcome originally hoped for by reformers. Regardless of the mixed outcome, the partners agreed to continue the reform process, but the complications surrounding the DB’s future soon became evident. 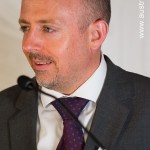